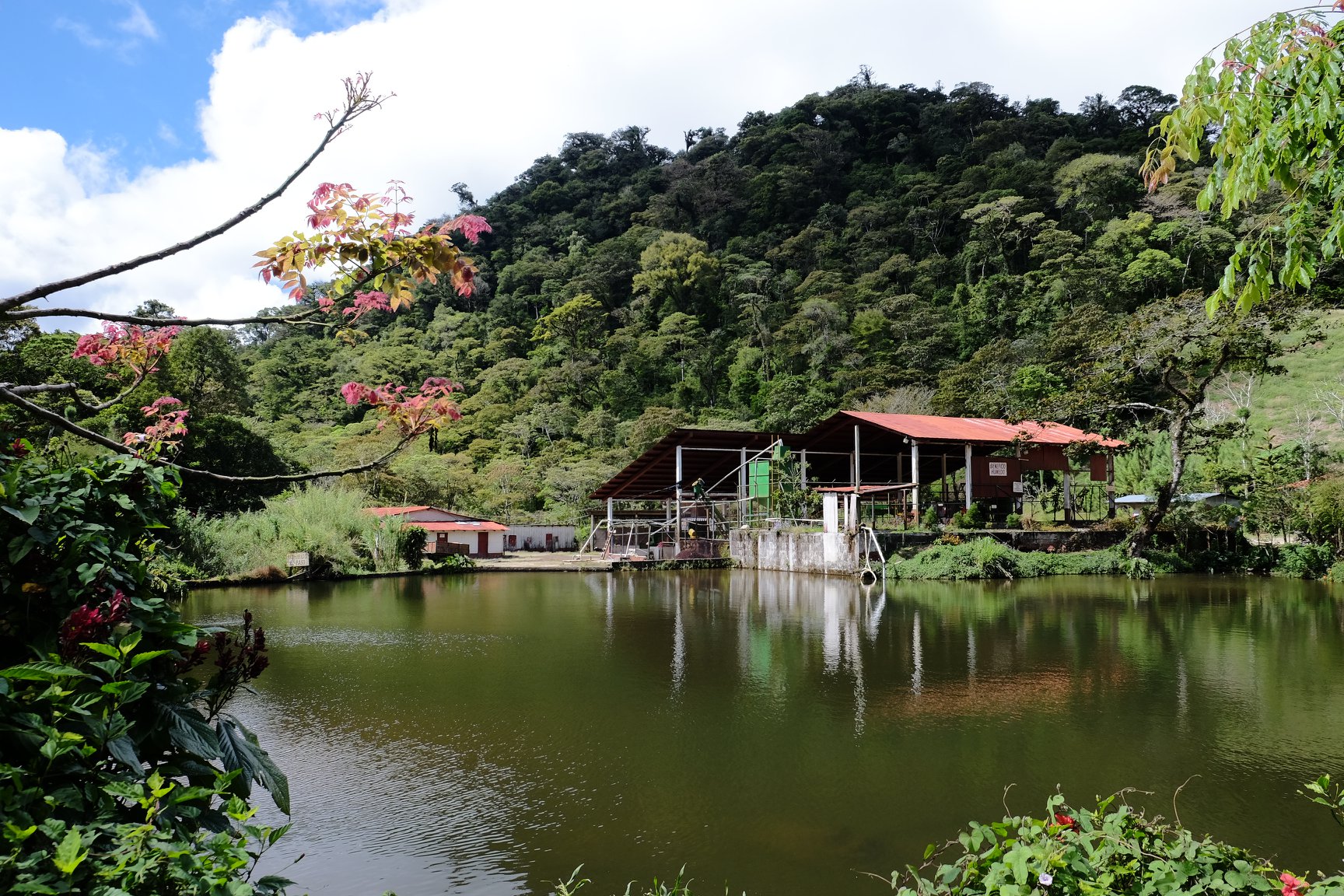 Hacienda Sajonia is run by two English brothers, Tom and Matt Hills, who arrived in Nicaragua in 2010.

They found Hacienda Sajonia in a state of decline but were attracted by the farm’s potential for producing seriously good coffee as well as its stunning location. It was an opportunity that they could not let slip away and they have embarked on a journey to rejuvenate the coffee farm and to produce top quality speciality coffee.

Having formed a long-term vision for Hacienda Sajonia, since 2010 they have started to implement a wholesale renovation programme. The aim, over a 10-year period, is to transform not only the coffee plantations and the quality of the coffee produced but also the social and environmental conditions on the farm.

The coffee area in 2010 was just 90mz (150 acres), having been close to 300mz (520 acres) at the turn of the millennium. The objective is, through careful and gradual planning and where the conditions are right, to restore large parts of the farm to coffee production. For areas previously in coffee production but where the conditions are not perfect alternative agricultural uses will be sought.