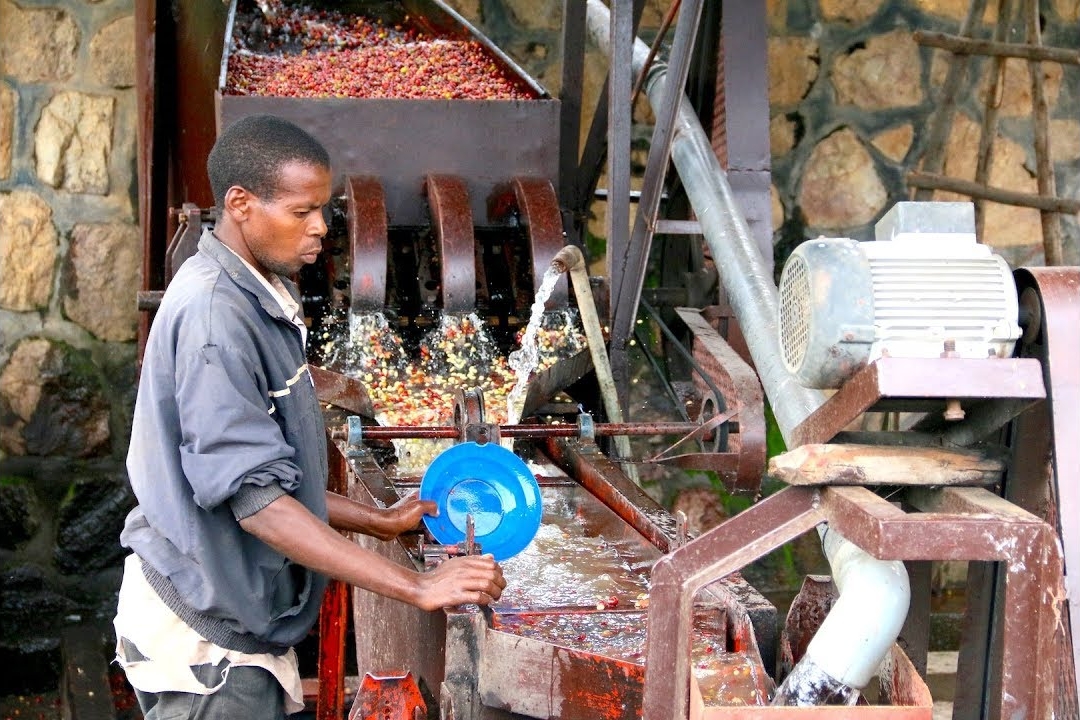 Kianjogu Factory is located in the Kirimukuyu division, in Nyeri county. Geographically on the southern slopes of Mt. Kenya (5199 m), where the soils are red volcanic, rich in phosphorus and organic matter. The area experiences moderate bimodal rainfall, and temperatures that range from 13 to 24 Cº year round. The main varieties of coffee grown here are SL28 and SL34, accounting for 95% of all coffee production in the area.
​
​Kianjogu Factory, was built by the “Mathira Society”. After their division in 1996, Karie and Kianjogu, became part of the Tumutumu FCS. In 2005, Ruthanga, Tumutumu and Marua FCS merged to form Rutuma FCS Ltd. The cooperative now has a total of 557 members, of which 202 are women, and has seven washing stations or factories: Ruthagati, Karie, Marua, Ngandu, Githima, Kianjogu and Ndurutu.

After selectively hand pick red ripe cherries, they are delivered the same day to the factory, where it undergoes a fully washed method. After pulping, the coffee is dry fermented over night, before its washed, then soaked for 24 hours and spread out on raised beds for selection and drying.