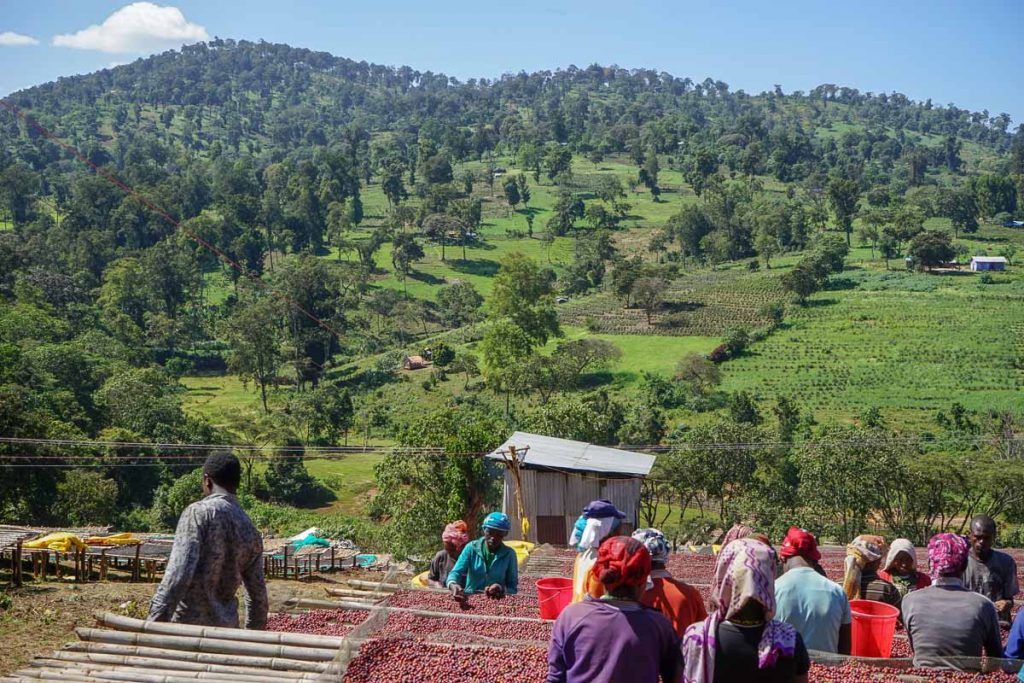 The Kayon Mountain Coffee Farm was established in 2012 with the aim of producing top quality coffee in a socially and environmentally responsible manner. The farm is situated in the southern part of Ethiopia in the Oromia region, Guji Zone which is about 320 miles from the capital city, Addis Ababa. The farm is privately owned by Ato Esmael and his family.

Guji is a recent addition to the range of beautiful coffees being exported from Ethiopia. Historically it has been exported as a Sidamo type, but after many years of lobbying, the Ethiopian government has granted Guji its own geographical distinction. While the cup profile is quite similar to Sidamo coffees, some people feel that there is a “little something special” in the terroir of Guji.

New Heirloom coffee trees have been planted on this 240 hectare plot in fertile sandy clay loam soil beneath the canopy of a natural forest. Organic processes are used on the farm with animal dung being the main source of fertilizer. The coffee is harvested from October to February by people from local villages. Some of it is washed, fermented and dried on raised beds and the rest is left for the production of high quality natural processed coffee. Freshly picked coffee cherry is washed with the low density beans being channeled away for a lower grade. The clean high grade coffees are then placed onto raised beds where for around 12 to 20 days’ drying time it is meticulously hand-turned and picked over to remove any defect beans. Finally, the dried cherries are milled to reveal the beautiful natural processed coffee beans which undergo further sorting to remove any remaining defect beans.